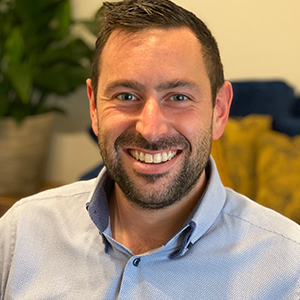 Olly Strous is Chief Technology Officer for UK factual powerhouse Zinc Media Group. Olly was appointed to the newly created role in 2021 to grow the company’s production capacity and help drive innovation in the way that programmes are created and delivered.

Previously Olly was Director of Post Production at ITN, a role which combined overseeing the post production and production technology needs for the whole of ITN Productions and also driving the organisation’s full service post production business, working with third-party production companies.  The latter saw Strous win the contract to work with ITV Studios on I’m a Celebrity... Get Me Out of Here and Dancing on Ice, as well as for a number of popular documentary series for Netflix, and Channel 4’s Oscar-nominated For Sama.

Under his leadership, Strous saw post production at ITN boom, with the number of edit suites growing from four to 122 since 2013. Workflow efficiencies introduced during his tenure enabled the processing of hundreds of hours of material weekly and delivery of more than 1,000 hours of completed content annually.  Prior to ITN, he held roles at Zig Zag and Fever Media.