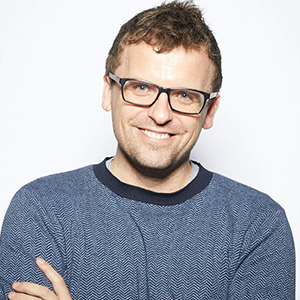 John McKenna is a co-founder and CEO of Noah Media Group and a multi-award winning producer and director. Having started his career at ITV Sport, John became a freelance television director and producer, delivering both live and documentary programming. Having formed Noah in 2015, after his first feature documentary was an official selection for the Cannes Film Festival, the company now has a rapidly growing slate of critically-acclaimed feature documentaries and TV programmes, with a client base of some of the biggest sport federations in the world.

Recent films from Noah, which John has been a Producer on, include Finding Jack Charlton (BBC), The Edge (BBC/Amazon) and Bobby Robson: More than a Manager. Noah are also currently producing an Arsene Wenger feature documentary and have a slate of films and series in production